Navneet Kaur, 21, has only been in Launceston for a little over a month: just in time for the COVID-19 pandemic to hit.

Planning to work and study in a land of opportunity, she is now wondering how she will feed herself.

The Indian national is undertaking a Masters of Logistics at the University of Tasmania. A temporary visa holder, she is not eligible for federal government support: only Australian citizens are able to access Centrelink or the JobKeeper wage subsidy.

Her plans to support herself by working in hospitality or in-home care had been made impossible by the coronavirus lockdowns.

"At this moment I'm facing the problem of not being able to get a job," she said.

"When I arrived I had some money with me which I've given to [my landlord] for a few months, and now those months are coming up ...

They are worth about $376 million to the state economy per year, according to the Department of State Growth, and support about 1500 full-time equivalent local jobs.

The benefits are such that the government has developed a specific strategy to lure them here: "All students who come to study in the state represent a benefit that goes far beyond the education and training sector," then Minister for State Growth Matthew Groom wrote in the 2017 strategy.

"They are stimulators of economic, social, and cultural activity. They are enablers of the visitor economy. They are ambassadors for Tasmania. I am optimistic about the potential for increasing the number of students coming to Tasmania to drive growth in the state and enhance our cultural and social diversity." Perhaps that's why the state was the first to offer any support to this cohort.

Premier Peter Gutwein announced last week the government would fund a one-off payment between $250 and $1000, and provide additional funding to non-government organisations that deliver food, goods, and support.

In his announcement, he rebuked the Prime Minister's message that temporary visa holders should leave Australia if they can not support themselves during the pandemic.

"Many of these visa holders cannot return to their home countries because of border closures," he said.

"They are a part of our community. When I was working through this package ... and thinking about some of the challenges our temporary visa holders face at the moment, I spared a thought [for] if my children at the moment were in a country on the other side of the world and one, either they couldn't get home, or two, they were in a position with no financial support.

"I think it's only fair and reasonable, that for those who contributed to our society, we provide some support in their hour of need."

The state government package costs about $3 million, and the Liberal government's usual critics - Labor, the Greens, and the unions - all supported the move.

They put responsibility on the federal government - which has the power to make decisions about Centrelink and the JobKeeper wage subsidy, and which has a significantly larger budget - to do more.

"The state government has come to the table with additional support for migrant workers and now it's the federal government's turn," Unions Tasmania secretary Jessica Munday said after the announcement.

New Zealand, the UK, Canada and Ireland have all included international students in their COVID-19 welfare measures; Australia joins the US, Singapore, Japan and Malaysia in excluding them.

The Prime Minister's message to temporary visa holders was to "go home."

"They're obviously not held here compulsorily," he said. 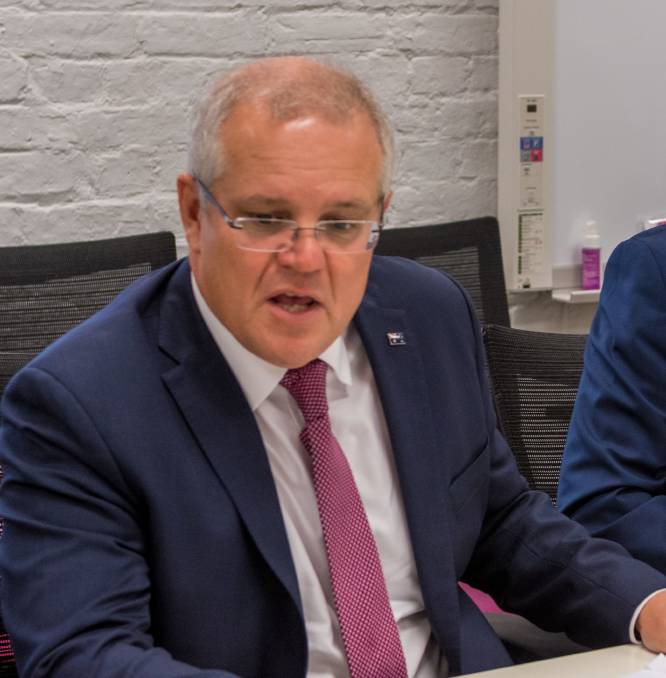 "If they're not in a position to be able to support themselves, then there is the alternative for them to return to their home countries. As much as it's lovely to have visitors to Australia in good times, at times like this if you're a visitor in this country, it is time, as it has been now for some while and I know many visitors have, to make your way home.

Ms Kaur's parents in India have been forced to close their business because of the lockdown.

Her partner went to Melbourne before flights were cancelled in an attempt to find work and get them through. He has been unsuccessful, but he is continuing to try in Victoria.

At the age of 21 she has found herself all alone in a foreign country, sick with anxiety about paying for food.

Every minute I'm feeling helpless, and hopeless. There is no thing to do next, or place to go. Not having a source of income, being unable to buy groceries and food, being unable to pay my rent ... if I could find a job I could change things.

"Every minute I'm feeling helpless, and hopeless," she said. "There is no thing to do next, or place to go.

"It's a disgusting decision, according to me. After the situation gets normal, I think I will go back to my own country because at least my government could help me in any kind of situation. But I have to stay here for two years to complete my studies."

Two brothers living in Launceston, in accordance with their Sikh faith, have organised grocery donations for international students.

Students are also able to access food relief and support charities. Rafael Demarchi from City Mission said there had been a marked increase in temporary visa holders seeking food relief and other support since the lockdowns began.

"We are seeing an increase in those who were on [temporary] visas, have lost their job and are unable to claim any type of benefit," he said.

"We have migrant families visiting our services for the first time too. Prior to COVID-19 it was not very often that the the Migrant Resource Centre would send us referrals, this has certainly changed now.

"We are sometimes limited in what we can help depending on their circumstance, but do all we can to help anyone that comes to us."

The Tenants' Union of Tasmania also said it had been flooded with calls from "desperate" temporary visa holders seeking help after finding themselves unable to pay rent.

"Absent government help, and/or forcing landlords to reduce/waive rent, they are screwed," the union account tweeted. "They can't just make a hardship application and move back in with their parents."

There are about 7000 international students in Tasmania. 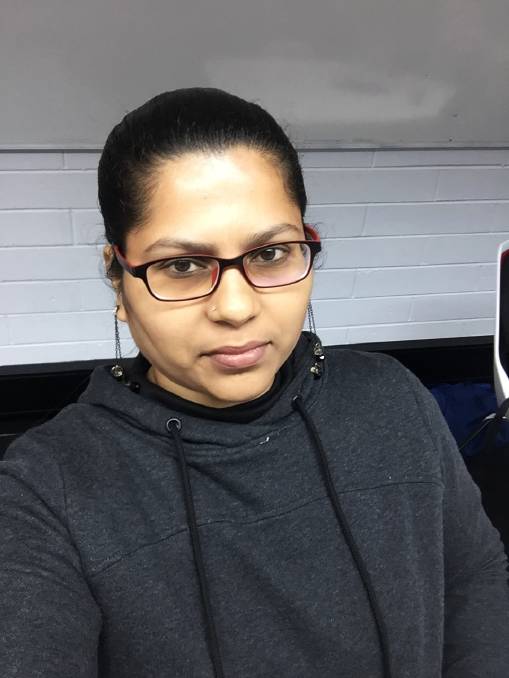 PhD student Phirriyalatha Vijayan, from Malaysia, believes most international students are in a similar position to her own.

She was working as a senior lecturer at a college in Malaysia before deciding to further her studies by undertaking a research degree at UTAS.

After six months in Launceston her finances are dwindling.

She had no way of predicting she would run out of money: her husband works for a successful production company in Malaysia. But all of his work has been cancelled due to the pandemic, and she had left her job to pursue her PhD.

Both she and Navneet Kaur said their landlords - they are renting privately, not through the university - had not agreed to waiving or reducing their rent during the pandemic.

"But after this pandemic, everything is just stuck.

"As international students we can't really work, and now I can't see my family because no one can travel, and I don't know when I will be able to see them again. I have no choice at the moment but to be totally alone. And I don't get any living stipend, so if this thing continues I really don't know how I will survive.

"Every week I need to spend money. But I have no job and no income.

"This is very new for me, and I don't know how I will overcome this situation."

She may be physically alone, but she is sharing the same stresses as many other temporary visa holders in Tasmania.

She said one of her friends has been separated from their two-month-old baby by border closures.

Many temporary visa holders come to Australia through a sponsor: the visa holder is legally dependent on the sponsor. Another one of Ms Vijayan's friends told her that their sponsor - who had agreed to pay them a living stipend in exchange for work - had stopped returning their calls and couldn't be contacted since the pandemic broke.

"We can't go back to our country, we can't find a job here, and if we could find a job we wouldn't have time to continue our research which is what we are here to do," she said.

"We have aims and ambitions, that we worked towards - that's why we are here. We have sacrificed so many things, we have faced so many challenges. If we went back we would lose everything. We would go back with empty hands. What about our future, if we went back? I would have to start all over again.

"I still trust the government will do something for us."

This story The disturbing plight of international students in Australia first appeared on The Examiner.