At 9am on November 12, I sent a message to some friends. It read, "Happy Taylor Swift day!"

It's not the first time I've sent a message like this. Every time the singer releases new music, I send out reminders to fellow fans.

The thing is, for the second time this year, I was excited not for new Taylor Swift music, but for a re-release of a nine-year-old album. And I wasn't the only one excited. It's been a month since the singer released Red (Taylor's Version), sending fans - aka Swifites - into a tizzy. But for those who are not Swift fans, it can be difficult to explain the hubbub.

I have been a Swiftie since I first heard Love Story more than a decade ago. Just last week I was reminded just how much I enjoy the singer's music when Spotify told me that of the 89,000 minutes of music I streamed this year, 15,000 of those were Taylor Swift songs. Apparently, that puts me in the top 0.1 per cent of listeners. So if anyone can explain what's going on, I can.

First things first, why would someone want to re-record their albums?

The answer begins at the start of Swift's career just after she was spotted singing in Nashville's Bluebird Cafe by Big Machine Records founder Scott Borchetta. Just weeks before her 15th birthday, the singer was signed to the then-fledgling label - and like most record deals, this meant all the masters (the song recordings used to make other copies) were owned by the label.

Fourteen years and six successful albums later, Swift completed her contract. While both parties tried to negotiate a new deal, they couldn't reach an agreement.

"We are an independent record company. We do not have tens of thousands of artists and recordings," Borchetta later said in a statement.

"My offer to Taylor, for the size of our company, was extraordinary. But it was also all I could offer as I am responsible for dozens of artists' careers and over 120 executives and their families. Taylor and I remained on very good terms when she told me she wanted to speak with other record companies and see what was out there for her. I never got in her way and wished her well."

On November 19, 2018, Swift announced she would be signing with Republic Records and Universal Music Group. The key part to this new deal, however, was that Swift would own her masters going forward.

"It's incredibly exciting to know that I'll own all of my master recordings that I make from now on," Swift said at the time.

And everything was fine for a few months until June 2019 when it was announced that Big Machine Records - which owned the masters for Swift's first six albums - was sold to Scooter Braun in a $300 million deal.

Braun was - at least before this moment - most famously known for discovering Justin Bieber on YouTube, but more relevant to this, he was also Kanye West's manager in 2016. This was the year that Kanye West and Kim Kardashian posted an edited version of a recorded phone call with Swift. 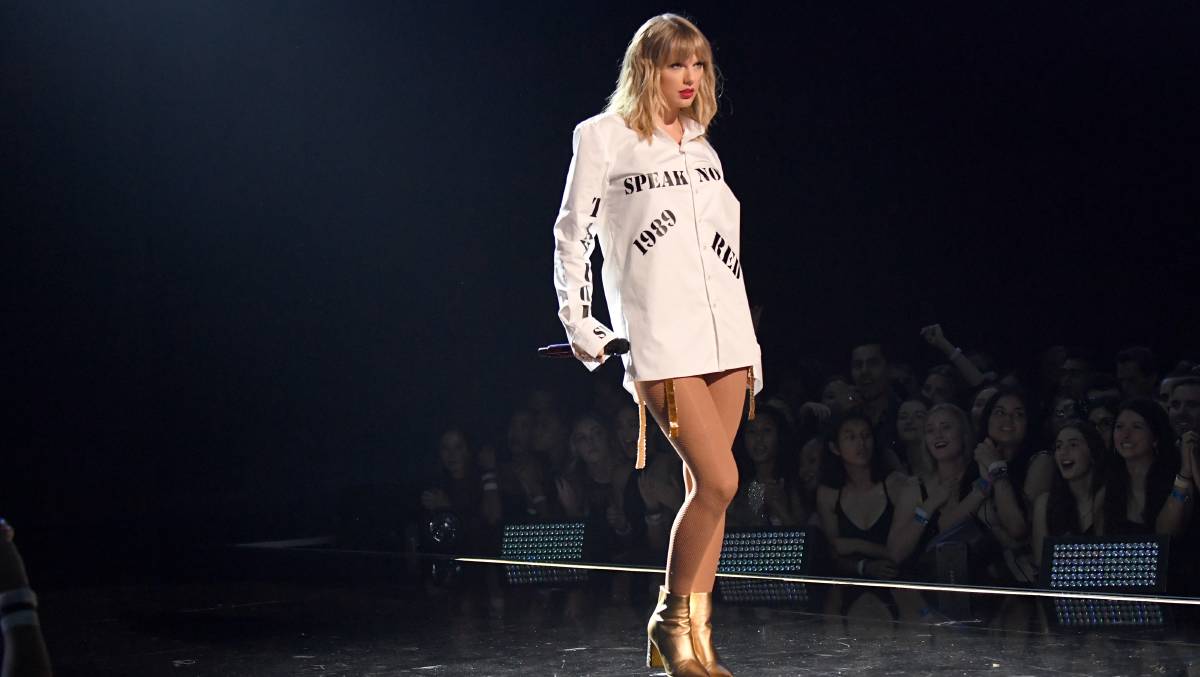 Taylor Swift at the 2019 American Music Awards wearing the names of the albums she plans to rerecord. Picture: Getty

The edited phone call made it appear that Swift gave approval to be called a "bitch" in West's song, Famous. To make things worse, the song's video showed a naked wax model of Swift in bed with West, and others. When Swift came out swinging against the song and video clip, the edited phone call was effectively used as ammunition against her. It was only revealed last year that the phone call had been edited and what Swift had agreed to, wasn't what ended up in the song or video clip.

Aside from being West's manager at the time, Swift believed that Braun had played a key role in this and other bullying tactics.

"Now Scooter has stripped me of my life's work, that I wasn't given an opportunity to buy. Essentially, my musical legacy is about to lie in the hands of someone who tried to dismantle it," Swift wrote in a Tumblr post following the sale of her masters in 2019.

Three months later, Swift announced she planned to re-record her first six albums. The first of these, Fearless (Taylor's Version), was released in April this year, debuting at number one on the Billboard 100 chart, all but erasing the original's debut at 157. And last month, the second re-release, Red (Taylor's Version) also took out the number one spot on its debut.

The original version of Red was released in 2012 when Swift was just 22. Having been in the spotlight for eight years, the singer had already navigated her way from young country musician to global pop star. And with this journey, she had slowly shifted her sound and image to match.

However, Swift had always played the role of a rule follower with a wholesome image. Swift didn't even swear in her albums until 2017's Reputation.

Red - although it would be Swift's last country album - was her first real foray into the world of pop. It included songs such as I Knew You Were Trouble, that had hints of EDM and light dubstep (thanks partly to the influence of producer Max Martin), while others had slight hints of sexuality in the lyrics. From other artists, these inclusions wouldn't have raised eyebrows, but for Swift, it was a big deal. 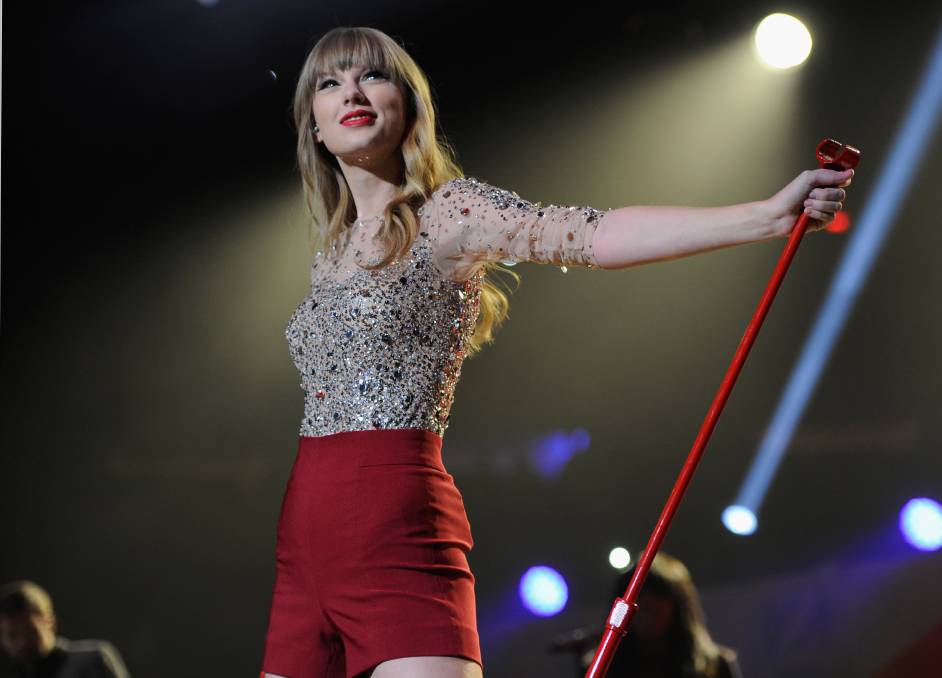 The album included Swift's signature tell-all songs about past relationships, and fans were loving it. The album reigned the charts with 1.208 million copies sold in the first week alone.

And yet, some started to criticise Swift - still only 22 - saying she needed to start acting her age and stop airing her dirty laundry through her songs. Of course, Swift is not the only one to do this. She's also not the only one to write about other famous people in her lyrics and yet, she is always the one pinned with this critique.

At the heart of it, this album was written by someone in their early 20s. They say to "write what you know" and these songs are what she knew. Like most 20-somethings, she was still navigating the world of dating and emotional break-ups.

But maybe Swift wasn't being overly dramatic? Now, thanks to Taylor's Version, we know what was omitted from the original.

Taylor's Version of both Fearless and Red aren't too different from the originals. Aside from some instrumentation having more force behind it and Swift's voice having aged in the years since the originals, they're almost note for note.

The revelations with this project come with the tracks taken "from the vault". These are the songs that didn't make the original album and are mostly unheard of. I say mostly because two tracks - Babe and Better Man - were recorded by country acts Sugarland and Big Little Town respectively, after they didn't make the cut on the original Red.

These new tracks say a lot about the original release. And in particular, the public image that Swift was projecting at the time. 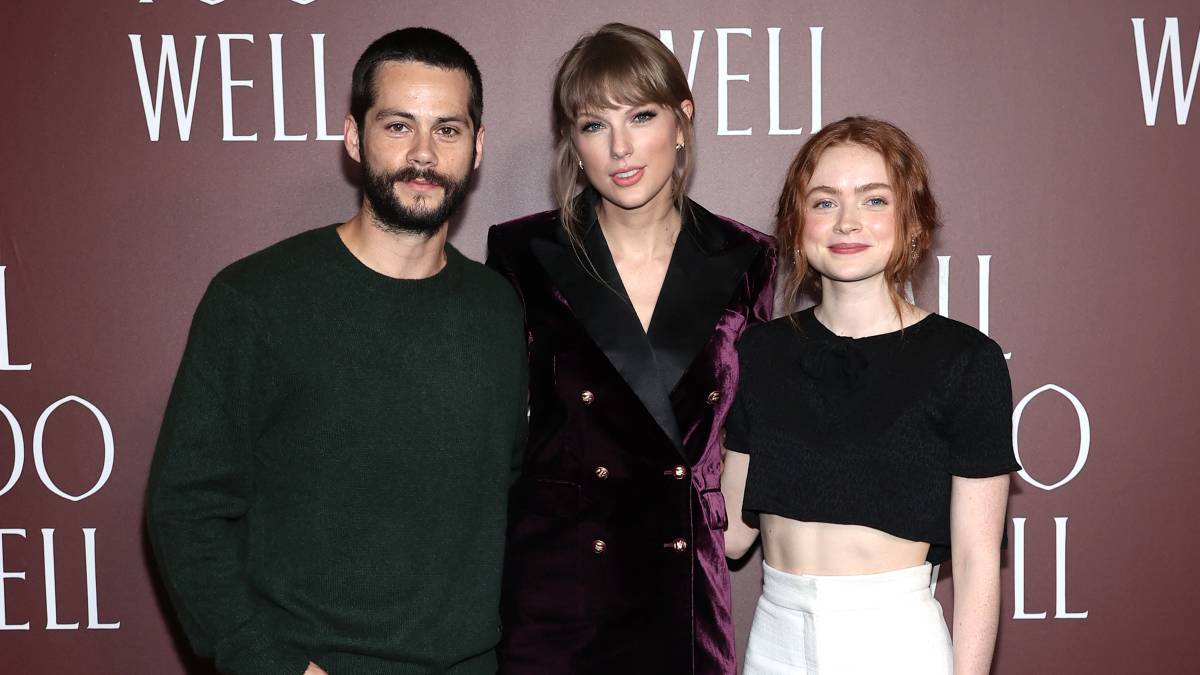 Taylor Swift with Dylan O'Brien and Sadie Sink at the launch of All Too Well: The Short Film. Picture: Getty Images

Firstly, these songs see Swift swear, which - as it's already been pointed out - didn't appear in the singer's albums until much later on. The content of some of the songs is also - arguably - more mature than some of the songs included in the original. For example, Babe and Better Man went on to be (comfortably) recorded by artists who are almost 20 years older than Swift.

The track that had Swifties excited, however, was the 10-minute version of All Too Well. While the original five-minute version was never released as a single, it gained popularity almost immediately, with fans holding it as a communal secret. So you can imagine the excitement when the 10-minute version and accompanying short film, starring Dylan O'Brien and Sadie Sink, was revealed.

"A record label didn't pick this song as a single. It was my favourite," Swift said at the film's debut.

"It was about something very personal to me. It was very hard to perform it live. Now for me, honestly, this song is 100 per cent about us and for you."

Ten minutes makes for a long song, and perhaps All Too Well reached that length because its first iteration was during a rehearsal soundcheck. Swift, freshly out of a relationship, began playing the same four chords and ad-libbing lines.

"The song kept building in intensity," she said later.

Luckily, a sound engineer captured the moment and Swift later took the recording to country songwriter Liz Rose. That initial 10-minute version was whittled down by half.

The 10-minute version is far less restrained. It's angry and more explicit, and still has the sense of Swift's thoughts running unfiltered. The break-up that it describes is a very different one - or at least a messier one - than the original. What once sounded like an upsetting but relatively uneventful separation now had people questioning whether this relationship - reportedly with Jake Gyllenhaal, nine years her senior - was okay in the first place.

While the song doesn't detail anything more untoward than gaslighting and hypocrisy, this new version does make you question the power dynamics at play - perhaps more than what it would have if it was released in full in 2012, before #MeToo. Its release now coincides with Swift's audience looking back on their own past relationships with unease. And this relatability is key to Swift's success.

Last year, when Braun sold Swift's original masters to Disney family's Shamrock Holdings, the singer wrote to the investment firm explaining that her fans were part of her reason for re-recording the albums. "I know this will diminish the value of my old masters, but I hope you will understand that this is my only way of regaining the sense of pride I once had when hearing songs from my first six albums and also allowing my fans to listen to those albums without feelings of guilt for benefiting Scooter," she wrote.

So why would someone feel guilty for benefiting someone they haven't met, in aid of someone else, who they also haven't met? To understand a Swiftie - or any celebrity fan, for that matter - is to understand parasocial relationships.

It's the relationship you have with a "comfort celebrity" that is based purely on their public persona. It's feeling like you know their secrets because they've shared them through songs, or feeling like you are on the same page simply because the singer - or rather, their music - was there during a hard time.

It's this type of relationship that helped with the success of Red (Taylor's Version).

In the first 24 hours after its release, Red (Taylor's Version) broke the record for the most streams of an album by a female artist in the first day, with 90.8 million streams. For a week - until Adele released 30 - it had the largest sales week of the year, selling 369,000 copies. However, Swift did outsell Adele when it came to vinyl, selling 114,000 copies - a number which a few years ago would have been unthinkable. But again, this comes back to fans feeling like that the album belongs to them.

This album, filled with songs of break-ups and romances, has taken on so much more meaning since its release. It's an album that people have been singing on road trips or dancing to in their living rooms for almost a decade. It may be inspired by Swift's life events but it's now the soundtrack to hundreds of thousands of people's lives across the world. Red has evolved and will continue to evolve, quietly, as people continue to listen to it. The success of Taylor's Version is just one chapter in the life of this album.

This story Her version: How Taylor Swift re-recorded history first appeared on The Canberra Times.