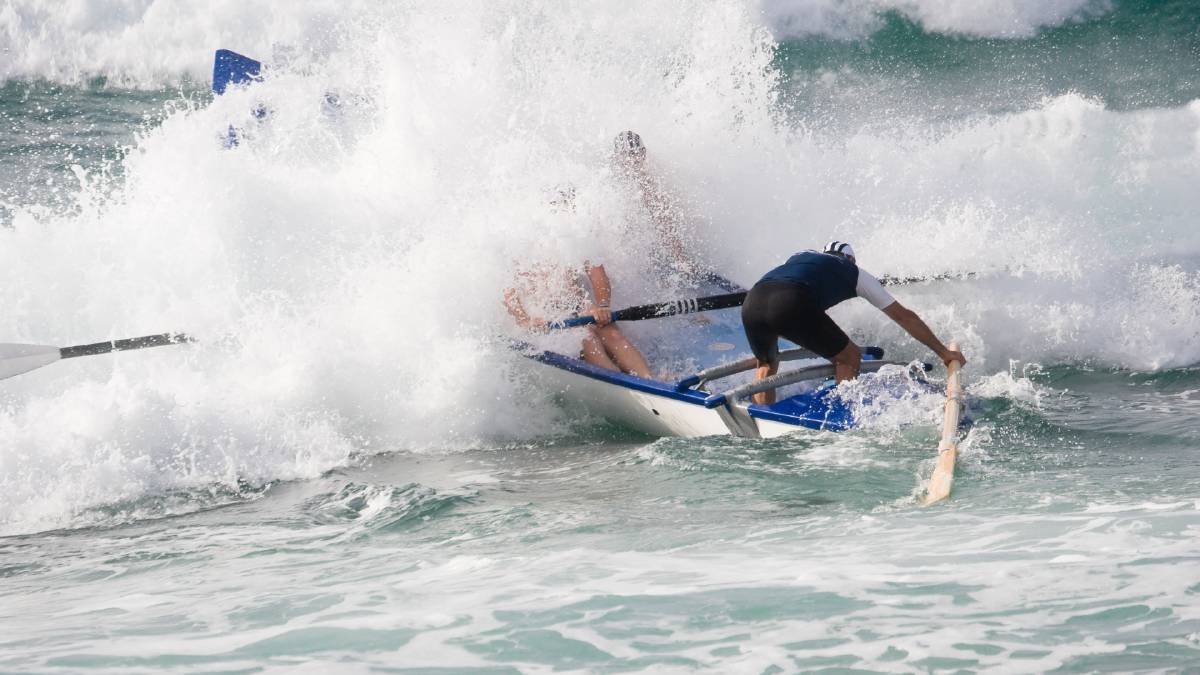 Summer loving happens so fast. One day, you're sipping quarantinis in locky d. The next, you're hosting mates for barbies. When we grab that snag, swag or esky, we're doing more than celebrating summer. We're celebrating it in Australian ways, and with Australian words.

But when summer hits, many Aussies share a love of the outdoors. So, slip, slop, slap, and don your akubra, cabbage-tree hat or Cunnamulla Cartwheel (our sunburnt history is replete with evolving hat styles). Let's celebrate Australian summer slang. 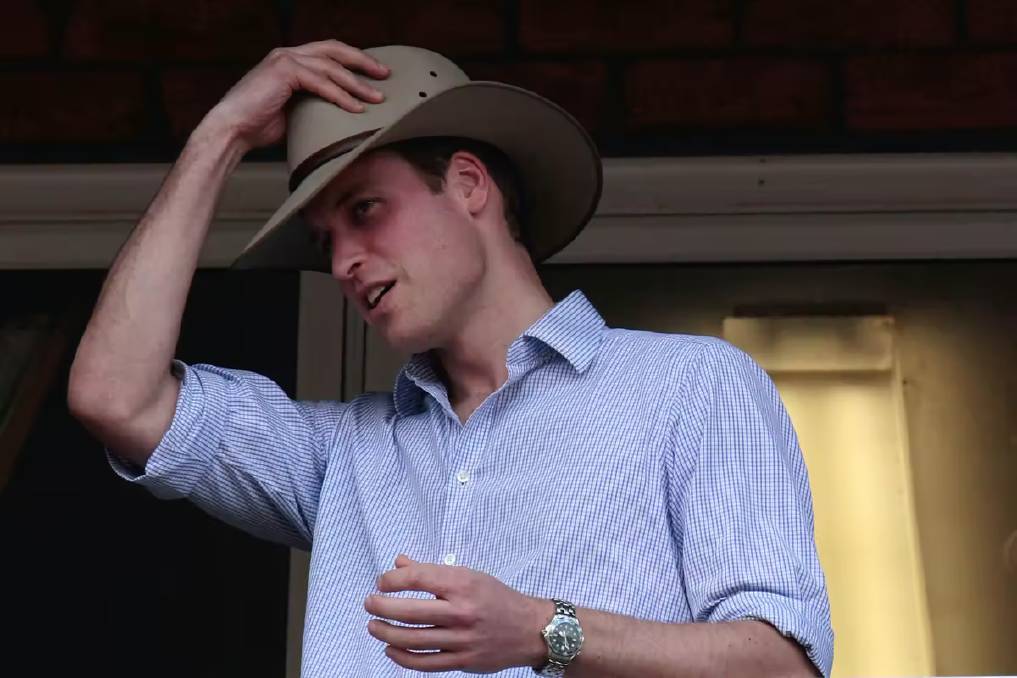 Australians deal with the summer in a very Australian way - irony, humour and idiom. Sure, an Australian picnic might be a pleasant affair, with sangers (sandwiches), flybog (jam) or splayds (a combined fork, spoon and knife, a proud Aussie invention). But in Australian English a picnic is also a word for "an awkward or disordered occasion".

To be fair, a picnic might start off pleasant and then turn awkward. Your host might turn the tall poppy and put on jam ("a pretentious display"). Your guests might act strange, too. Australian English abounds in words and idioms for madness or folly. Lexicographer Bruce Moore reckons we Aussies invented the short of x idiom, and more than a few of these are picnic-related:

Flies also loom large in the Australian summer, and not surprisingly buzz into our idiom - no flies on you is one we've even exported. Blowflies are still those petty bureaucrats who act the stickybeak about trivial issues. Popular (but certainly false) theories even link the Australian accent to flies - we need to speak with our mouths shut to keep them out.

Summertime life revolves around the beach for many Australians. However, beach-going hasn't always been easy-living.

In the 20th century, beach-going was a battle between conservative types, and those who sought to challenge them. Australian beaches had their fair share of wowsers in the early 20th century, and those who swam on censored beaches wore neck-to-knees or Spooners (named after a politician who opposed briefer costumes).

Surf clubs emerged to guard those swimmers who sought to avoid wowserland by swimming at unusual times or in unusual places. However, as social mores became more permissive, these clubbies ended up as the more conservative forces on the beaches.

Clubbiesfaced off with the surfie subcultures from the 1960s. Clubbies scoffed at the surfers, whom they viewed as gypsies, drifters and bums. Surfies scoffed at almost everyone, and developed an especially rich vocab for the inexperienced surfer. Grommet or grommie was an Australian take on the US gremlin or gremmie.

It is hard to talk about Aussie beach slang without giving a nod to the 1979 book Puberty Blues. Kathy Lette and Gabrielle Carey drew heavily on - and perhaps introduced many Aussies to - words like moll, spunk and rack off. A recent survey shows variations of spunk (for example, spunky and spunkrat) as still the most common way Aussies say "attractive".

Lette and Carey's book also introduces readers to distinctive Australian swimwear. They write at one point, "The ultimate disgrace for a surfie was to be seen in his scungies,", which is fair enough. Scungies- also known as speedos or budgie smugglers- is likely related to Australian scungy ("disagreeable, sordid").

In more recent years, some Aussies have opted for more conservative swimwear. The burkini is an Australian innovation designed by Lebanese-born Australian Aheda Zanetti. It offers a modest beach alternative for Australian Muslims, and protection from wicked Aussie sun for anyone. Even celebrity cook Nigella Lawson was spotted in a burkini on a 2011 trip to Australia. 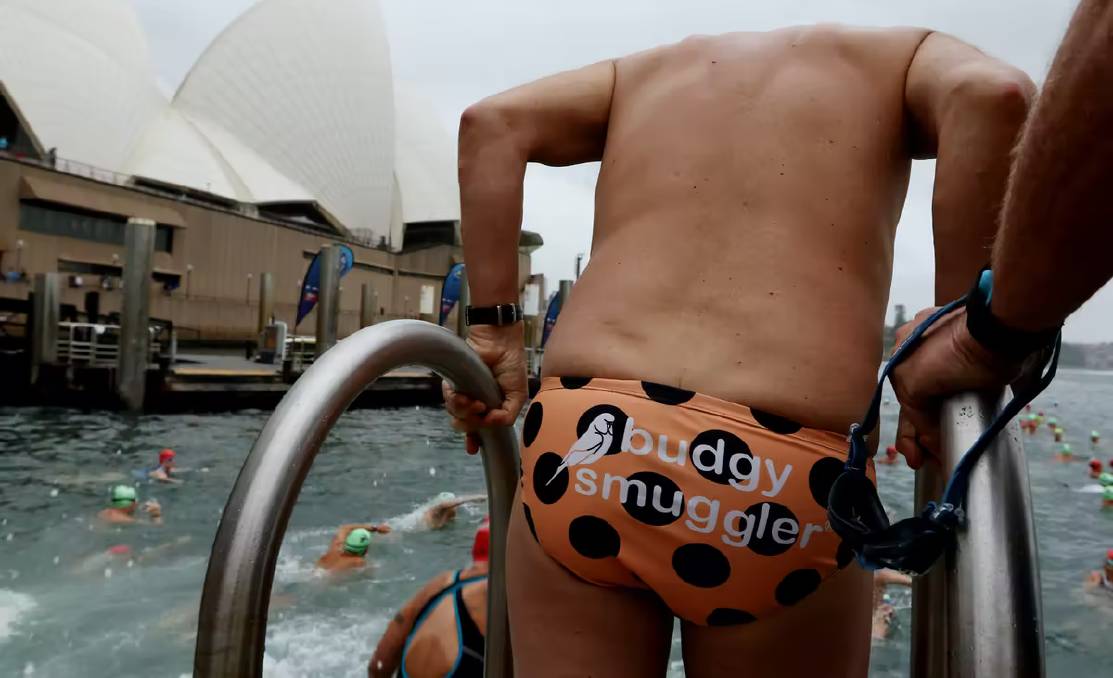 We proudly talk of budgie smugglers today, but in the 1970s no self-respecting surfie would have been caught dead in them. AAP/Nikki Short

Of course, summertime isn't just about going to the beach. Many Aussies head to the bush.

The mystique this word holds for Australians is obvious in the whopping 200-plus bush compounds we've amassed over the years (not even including animal and plant names). Two of them particularly capture this special relationship: bushwalking and bushwalker (as detailed in Melissa Harper's delightful book, The Ways of the Bushwalker). Australia's first walking guidebook With Swag and Billy was published in 1906. This book conjured romantic notions of the bush while giving practical advice to contemporary walkers.

Swag is one of those convict-era survivors, although it has come a long way from its convict past - from "a thief's booty" to the jolly swagman's kit, to today's portable bedding.

The first controversy came in the form of people claiming to have invented the term. A Sydney walker by the name of Myles Dunphy was convinced he must have invented bushwalker. In 1923, Dunphy compiled a list of 83 possible names for his walking club - bush walk was on that list. We say poor Dunphy - bush walk in fact appears as far back as 1846.

The second controversy came in asserting what Australians certainly weren't doing in the bush: hiking. Walking in the bush became very popular during the interwar period (such as the mystery hikes of the 1930s).

But some rejected the use of the word hike, such as this writer in the West Australian newspaper in 1932:

We deplore the use of bad American slang to describe what is eminently English and good.

It was around this time that Australians started voicing their irrits ("feelings of extreme irritation") at any apparent American incursion into the lingo (even though many had already snuck in undetected - like bush!).

So [waves away flies], with this, we give you a great Aussie salute and [waves away flies again] wish you a good summer - out of those trackie dacks and pandemic pants and into the boardies and cossies.