Witches live not only on movies screens and the pages of story books, but right here in the South West.

The Mail spoke to several local witches about what it means to them to be a real life, modern witch.

Donnybrook witch Sue Gray has been a witch for 45 years, after she was initiated into a coven at 19 years old.

She said that most witches used to be a part of larger groups or covens, who would train them. Now, she said witches in the South West were usually solitary, but there was a large community who came together for events and meet ups.

She said that while witches had a bad reputation in the world of fiction, they were not dark or evil like many would believe.

"It's usually a person who wants to get in touch with nature. You celebrate a lot of festivals to do with the seasons," she said. 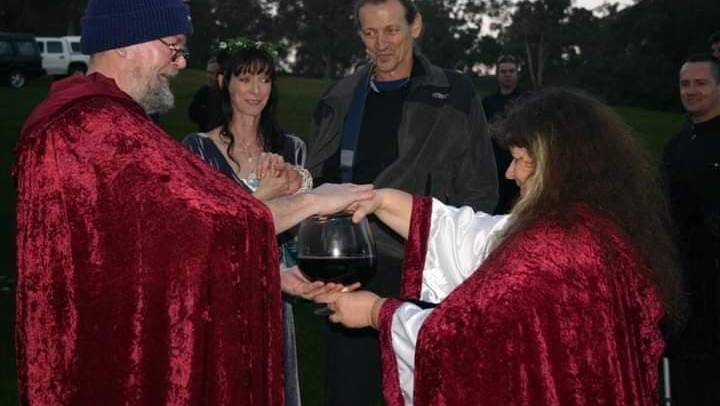 Ritual: Donnybrook witch Sue Gray says the witch community in the South West often get together for events and rituals. Picture: Supplied.

"There are so many types of witches. There are also techno witches, who are interested in doing magic through computers and things like that.

"You can be any religion."

The one thing most witches have in common, according to Sue, is being sensitive to nature, and wanting to take care of it.

"I'm one of the traditional ones, Alexandrian. We celebrate the seasons and the land. We're nature worshippers, basically," she said.

Sue said with most witches now preferring to be solitary, traditional coven meet-ups had been swapped for events like 'Pagans in the Pub' and festivals. 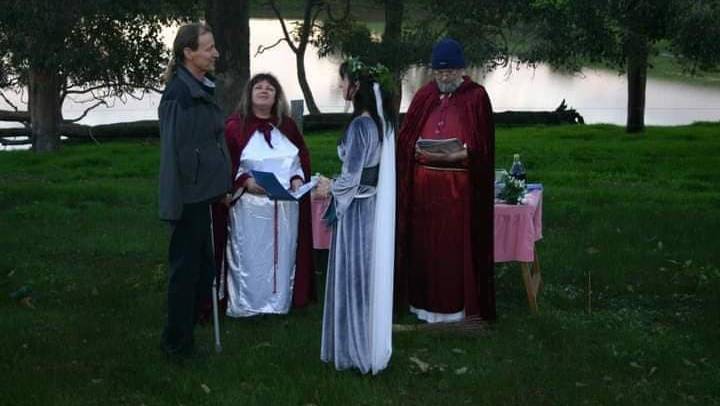 Traditions: Some south west witches are part of 'covens', while others are solitary and learn on their own. Picture: Supplied.

So what about the magic?

Dunsborough local Fiona Horne is a self-taught witch and rock star, who first discovered witchcraft in the 80's, in the pages of second hand books and magazines.

"It was a new age movement. Not since the 60's had there been such a wave of interest in alternative spirituality," she said.

"I thought, 'this is describing how I've been living and how I've been feeling for a really long time', which is considering that the natural world is sacred."

Fiona resonated with witchcraft and first identified as being a witch in her late teens. She has now authored several of her own books on the how-to of witch craft.

She told the Mail that the potions, bad apples and evil spells seen in movies and halloween costumes were a far cry from the 'real' magic practised by witches.

"Real spells work because we are prepared to consider that anything is possible," she said.

According to Fiona, real magic happens when you embark to 'co-create' with the universe, and take action to make your goals come to life. 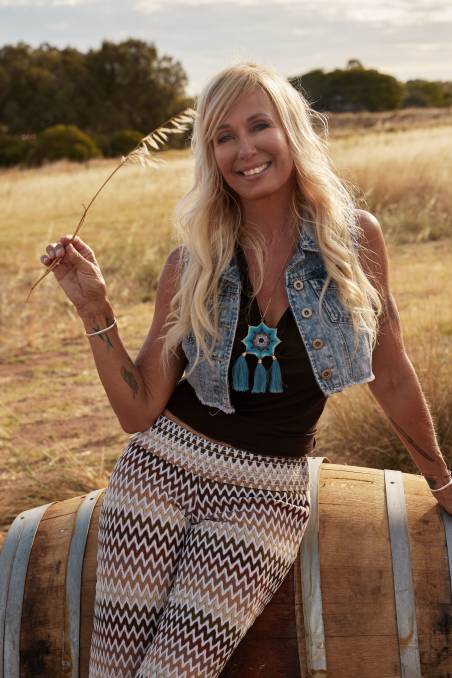 She said that certain colours and elements of the natural world were aligned with certain goals, which could be used in spell casting.

"Green is aligned with good luck, prosperity and potential. You might light a green candle and sprinkle around some cinnamon for fast results," she said.

"You can get spell casting with anything you do. How you interact with what you're doing makes it magical."

While magic in story books and movies is often shown as something witches do for themselves, Fiona said the "new wave" of witchcraft was about being willing to be of service to others.

"That's where the universe grants your spells - when they're for the betterment of others."

Everywhere you look in pop culture, witches can be found.

The WitchTok hashtag on video sharing app TikTok has amassed more than 25 billion views, while users on all kinds of social media are sharing witch-inspired content.

"It's one of the fastest growing spiritual paths in the western world," Fiona said. 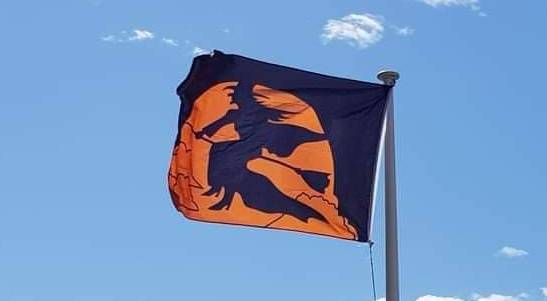 Everywhere: Witches are on the rise in pop culture and online content. Picture: Supplied.

Wiccan witch Joanne Kostopoulos is completing a PhD at university on the study of ritual, and said there was a high number of people who were currently interested in or exploring witchcraft.

She said the rise of 'witch-core' has been a notable trend in pop-culture, with fashion, plush toys, clothing, bedding and other items marketed as having the distinct aesthetic.

"Witches are everywhere. They're in all sorts of jobs," she said.

Joanne is Wiccan, meaning that she follows a kind of Pagan religion. She said that many witches were Pagan, although you don't have to be religious to be a witch.

Joanne explained that some covens are stricter on training and following particular traditions, while some are more relaxed, and some witches learn on their own.

"Anyone can be a witch," she said.

The 2016 national census found that more than 15,000 people identified as Pagan in Australia, and more than 6000 were Wiccan. 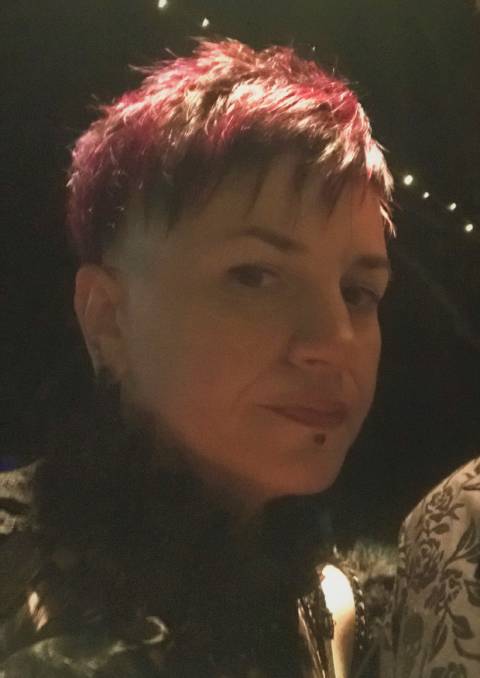 Joanne said that growing interest in witchcraft was partly due to people becoming disenfranchised with popular religions, particularly those that did not empower women.

"Women are quite drawn to witchcraft or Wicca, because there is clear reverence and worship of a goddess. There's acknowledgment of the power of women," she said.

Joanne said the the idea of evil witches with warts on their noses also comes from the times of the Salem Witch Trials in the 17th century, when women that were identifying as witches were considered 'bad' or 'deviant'.

"Witches were thought to be a consort of the devil. But the devil doesn't exist for Wiccans or witches. It only exists as a concept of Christianity," she said.

"There's always been a fear of the witch because she's always represented women's sexual freedom and power." 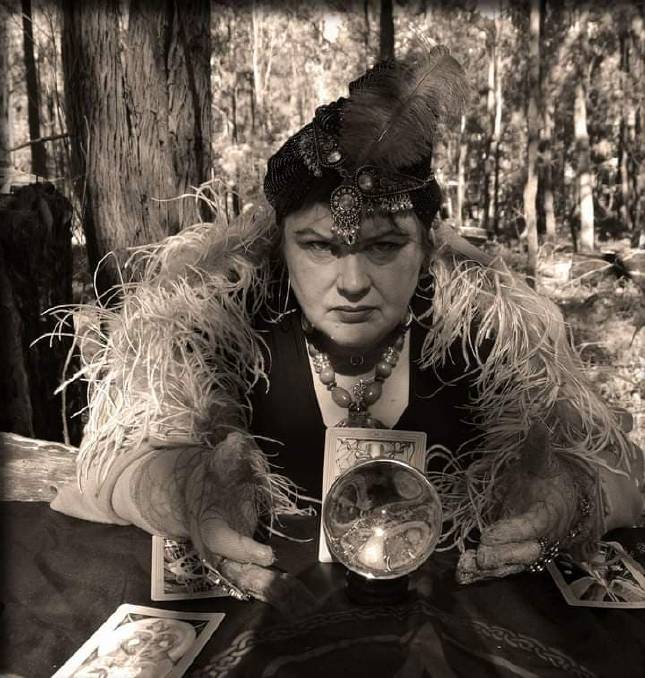 Nature worship: Donnybrook witch Sue Gray says while witches have a bad reputation in the world of fiction, they are not dark or evil. Picture: Supplied.

Joanne explained that in patriarchal societies, women's power was treated as something that needed to be "stamped out" and this has fueled the circulation of fearful ideas about witches.

"In times of women's oppression, she [witches] sees a resurgence."

She said that part of the reason witchcraft is now trending, was due to recent 'back-slides' in women's empowerment.

"Trump certainly didn't help. What we're seeing in Parliament, sexual harassment, all these things," she said.

"It's not surprising that the witch is making an appearance again."