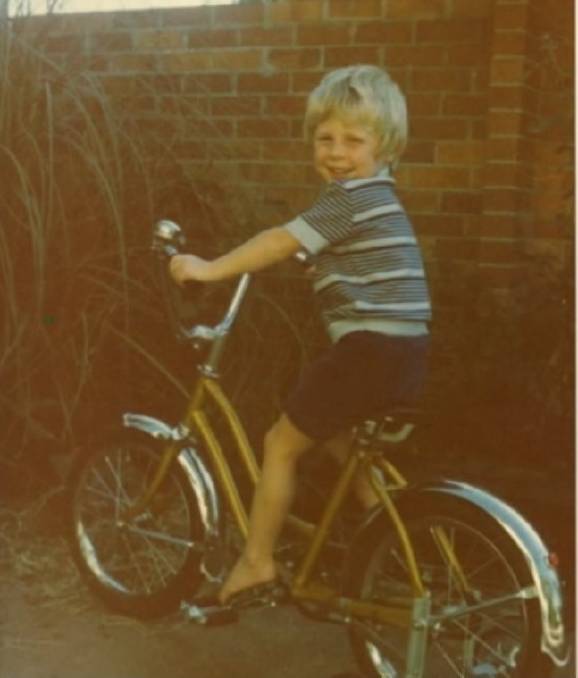 Josh Langley as a child with his first bike. Photo is supplied.

Growing up in suburban Perth wasn't what it cracked up to be for now South West resident Josh Langley.

Mr Langley's parents separated when he was 11.

He found himself always wanting attention from people and to be liked and laughed at.

"I wanted to have lots of friends and for people to like me which masked... how I really felt," he said.

Mr Langley said he felt like his parents weren't able to show up for him.

For about two years after the separation, things didn't get better for Mr Langley.

His mother moved away for work and his dad got a girlfriend after a while.

By the time Mr Langley was 14, he found himself living alone in his dad's home.

"You spend your whole life trying to get everyone to like you and in the 80s you didn't tell anyone anything so I just carried on and buried everything," he said.

But it was that which led him into a dark space mentally.

At the age of 15, Mr Langley had been pushed to the brink and attempted suicide.

"Strangely enough it went towards me seeing life from a different perspective and I was able to see opportunities," he said.

"I never look back and think 'woe me' but I think about the positives."

While Mr Langley never went back to that dark spot in his mind, it did still take a few years for him to find his feet.

He moved to Geraldton where his mum had settled down and finished his schooling there.

After not doing so well at high school he was unemployed for a couple of years and not going anywhere.

It was as simple as him getting a job to be able to take the opportunities that life was offering him.

Mr Langley said his confidence was very low until the government paid a business to employ him and he stayed on for two years.

He then took a six months long radio course where he was able to get a job in the industry straight away and spent over 20 years in.

"There was no actual one moment, a gradual build up of confidence to take on the world," he said.

Alongside his radio career, Mr Langley began writing books, first illustrated adult books and then he two non-fiction ones based on the afterlife.

"I have always been fascinated by ghosts, we had one in the family home and as a kid it was a most interesting thing," he said.

Mr Langley said his mother and brother saw the ghost's reflection in the home.

"We used to have this light switch in what was the kitchen and then it got renovated and became my bedroom," he said.

"But there was a mark on the wall from where the switch was and at night you could hear it flicking on and off.

"The whole house was creepy."

In what sort of became a family tradition, Mr Langley said they would get together to do a séance.

Mr Langley said he has had flittering times of contact with loved ones who are passed away, but "nothing super meaningful".

"There is more to life than what we know and it drives my curiosity," he said.

While Mr Langley has been with his husband Andy for 20 years, he said he didn't properly accept his sexuality until recently.

"Because there was so much else going on, my sexuality wasn't a big focus," he said.

"I just thought 'this is something that I am but I don't need to talk about it or make a fuss'.

"There are always moments of shame, especially with gay people my age.

"Because being gay was frowned upon and you believed you were a lesser person and then you put that on top of the childhood trauma stuff and you realise you haven't dealt with that either." 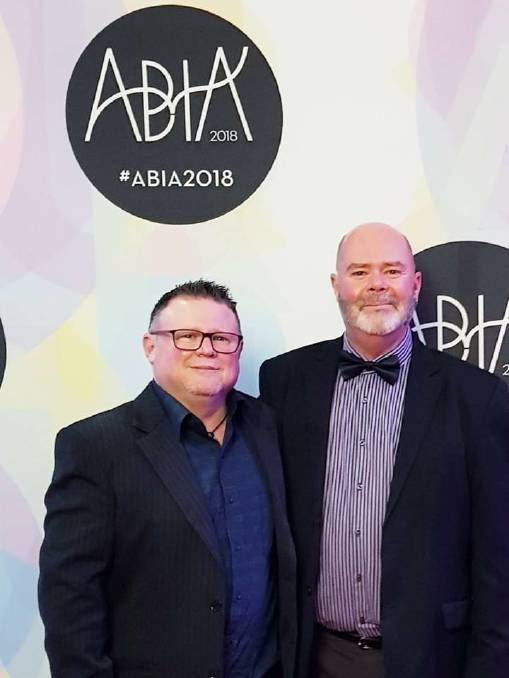 Josh Langley with his husband Andy. Photo is supplied.

For a long time Mr Langley hated the thought of getting married.

He said he did a bit of work as a casual filmmaker for weddings and felt it wasn't for him.

"For a long time I thought that was one of the reasons I was gay - so I didn't have to get married," he said.

However, his now husband wanted to get married and was very excited when the postal vote for same sex marriage resulted in their favour.

"I got really anxious about the postal vote because it forced me to recognise myself," Mr Langley said.

Seeing all the 'no' campaigns brought up a lot of Mr Langley's fears.

"All the 'no' people hits you hard because it reaffirms the belief that I'm not good enough," he said.

During this time, Mr Langley did lose friends as he decided to not associate with people who were negative towards the issue.

Even when the results came out that 64 per cent of people were in favour of same sex marriage, Mr Langley still thought there were a lot of people against him and how he was living his life.

"All I could see was that a huge percentage of people didn't want me," he said.

The wedding day surprised Mr Langley because he suddenly felt the love and acceptance from people who were close to him.

"There was an amazing outpouring of love and acceptance and it was mind blowing," he said.

"I had never had that before."

Mr Langley said the wedding was not a replica of a straight wedding, they did it "their way".

"It was basically a party," he said.

"We wrote own vows and Nay Pearce was our celebrant.

"It was a beautiful day, our whole community and friends came together and helped us put it on."

Mr Langley has written four children's books in which he helps explain feelings and experiences to children.

He didn't quite know where to start when his publisher asked to write a children's book, but his first title 'Being you is enough' came about when he thought about his eight year old self.

"I was getting messages from parents saying the book was changing their lives and using the book to bring parents and children together," he said.

"I thought wow, this is really resonating."

He then wrote the book, 'It's Ok to Feel The Way You Do' to give families tools to deal with their emotions.

As a result of Mr Langley's hard work in children's literature, his husband nominated him for the WA Mental Health Awards in the 'lived experience impact inspiration' category.

As part of mental health week, it was announced Mr Langley was a finalist in his category.